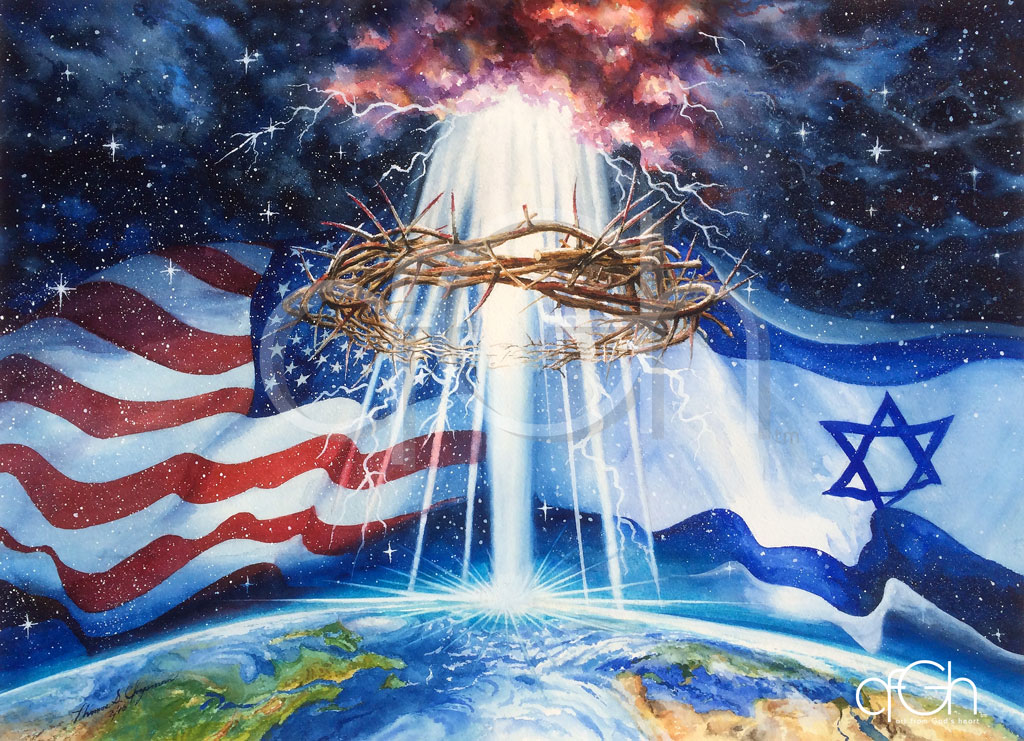 Many years ago, I was impressed to cut some branches off a thorn bush and weave them into a crown. This has stayed with me as a reminder of the brutality of humanity and the lasting gateway Christ made for us into eternal life that day on the cross.

God spoke to me about His son and His soon return. An outpouring of His spirit upon the earth like we’ve never seen before, to return for his bride, the Church.

As I pondered these thoughts, I was inspired to start pulling on heaven for greater revelation.

In my head, I saw rays of light, His Glory, descending upon the earth. I also wanted to show Israel and the United States. I learned that there are only two countries that God established to serve Him. I saw a heavenly host of stars and a birthing celestial body called a Nebula, a place where new stars are birthed.

I put the image of the heavens and the birthing nebula together on my computer. Then connecting heaven to earth with the rays of His Glory (light) coming through the Crown of thorns. It was all starting to mesh, but I had to move Israel closer to the United States. Geographically, Israel is on the other side of the earth. I brought the two continents together, covering the lost areas with a large cloud, and it worked.

I added the two flags, Israel and the United States, old glory, showing the ties that God sees in the nation’s He has chosen. History shows that both nations have wavered in their allegiance to their maker. Yet, God is faithful in restoring these fallen nations unto Himself.